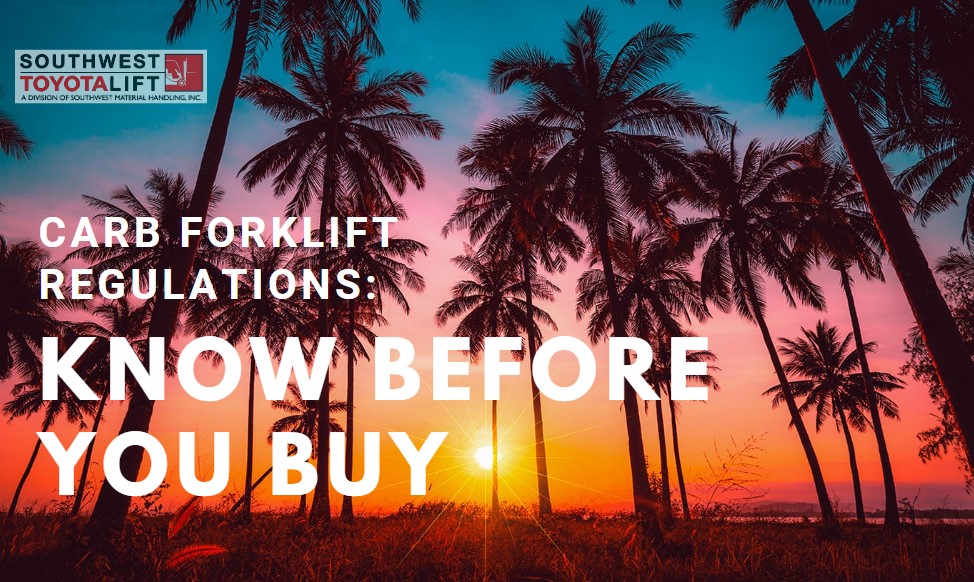 California is Making Changes that will Affect your Business:

Across the U.S., approximately 60% of material handling operations use electric forklifts. But in California, it could soon be 100%. Proposed regulations from the California Air Resources Board (CARB) will eventually phase out IC (Internal Combustion) forklifts to achieve Zero-Emissions by 2035. Southwest Toyotalift is working with CARB and strives to better understand what we as the forklift dealer and you as the customer need to do to prepare for the impending legislation scheduled to hit us in January 2026. 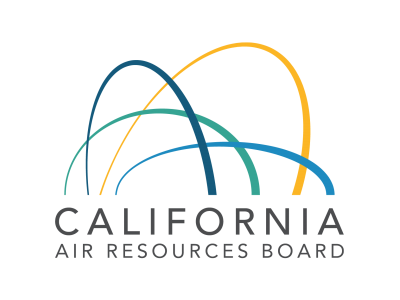 The California Air Resources Board (CARB) is developing a measure that will require the use of zero-emission forklifts within fleets throughout California starting 2026.  The Zero-Emission Forklift Measure was supported in Governor Newsom’s Executive Order N-79-20 signed on September 2020.

The purpose of the measure is to accelerate deployment of zero-emission technology in forklifts throughout the state to reduce emissions of oxides of nitrogen (NOx), fine particulate matter (PM), other criteria pollutants, toxic air contaminants, and greenhouse gases (GHG).

What you need to Know:

Starting January 1, 2026, a fleet operator may not acquire, possess, operate, or allow the operation of an Affected Forklift in California:

To make the transition less difficult, there are several exemptions and allowances built into the regulation, including a rental allowance for fleet operators. If their intention is reported in advance, fleets will be allowed to rent LSI forklifts for unexpected occurrences or seasonal workload increases for up to 30 days each calendar year.

Similarly, a low-use exemption will allow fleets to keep several LSI forklifts if they’re used fewer than 200 hours each year. The number of low-use LSI forklifts a fleet can keep will be limited to 10% of its total units.

Notably, microbusinesses, which have fewer than 25 employees and less than $5 million in annual gross receipts, will be allowed to keep one low-use LSI forklift indefinitely.

Forklifts that won’t be affected include rough-terrain forklifts, pallet jacks, Aerial lifts, Military tactical vehicles, forklifts with a permanently integrated telescoping boom as its primary work implement, forklifts with a diesel-fueled or alternative-diesel-fueled off-road compression-ignition engine subject to the In-Use Off-Road Diesel Fueled Fleets Regulation and forklifts owned or operated by facilities that are subject to the Regulation for Mobile Cargo Handling Equipment at Ports and Intermodal Rail Yards.